If you are a medical professional and you are faced with a GMC complaint, then this will naturally be a shocking and potentially stressful time for you. A GMC complaint is something that no-one wants to be faced with – not just for the professional penalties that could come from the scrutiny of the GMC, but also because no doctor wants to think that a patient had sufficient cause to raise a complaint about them.

The General Medical Council have the powers to strip a doctor of their ability to practise, permanently. They can also restrict a doctor’s ability to practise without supervision. In 2016, there were 8,197 complaints made to the GMC. Out of those, 1,436 were investigated. Those investigations will take time to play out – but doctors should be comforted to know that while one in ten doctors faced complaints in the period from 2012 to 2015, less than one percent of the doctors complained about received a sanction or even warning.

If you have good representation at your tribunal, then you can mitigate a lot of the impact of having to deal with a tribunal. Read this article for more information about finding such representation:

If you are faced with a letter from the GMC, then you should contact a Medical Defence Organisation immediately. Try to avoid commenting on the case to the GMC until after you have discussed the accusations with your MDO. Write some notes about the case as soon as you have the opportunity to do so, because it is easier to get the details straight while they are fresh in your mind. Be as open and honest as you can with your advisory team. Complaint investigation lawyers need to know everything they can about the case in order to give you the best possible advice.

One thing that might take you by surprise is that a lot of patients will still want to keep seeing the doctor that they have complained about. Try to avoid letting the complaint impair the quality of care that you offer them. If at all possible, you must provide good care. If the breakdown of trust between you and your patient is going to impair your ability to provide them with good care, then you can and should end your relationship with that patient, both to protect yourself from further accusations, and also to give the patient the opportunity to get better care from a different professional. 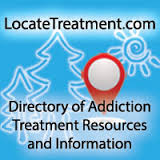